Popular
Male UltraCore Review – Should you buy Male...
Top 3 Acne-Causing Foods You Ought to Avoid
These 6 Frequently-Consumed Food and Beverages are Weakening...
Biomanix Review – Maximum-Strength Male Enhancement Goes Rogue
A Complete Rundown on Testosterone Supplements: Do they...
6 Things You Can Do to Begin Your...
Can CBD Help You Lose Weight? Here’s the...
Ultra Gold Review – Why Should You Buy...
Ayurveda for Weight Loss: A Primer
Causes, treatment, and prevention of atrial fibrillation (AFib)
Home Health Why Do the Holidays Always Make Me Feel Depressed?
Health

Why Do the Holidays Always Make Me Feel Depressed?

Did you know that Seasonal Affective Disorder influences over 500,000 individuals in the United States alone? This is a staggering number, a number of people that can’t help how they feel and have to go through the same feeling year after year.

Have you heard of S.A.D? We’ve created the all in one guide for you to inform yourself when it comes to this depression caused disorder.  We’ll walk you through the stages of the disorder, and we’ll even tell you how to cope with it.

If you’ve felt depressed around the holidays for no apparent reason, if you’ve experienced major symptoms of depression with no trigger, it’s most likely because you have your own unique form of Seasonal Affective Disorder.

This isn’t something to be ashamed of, it’s actually quite common and could even give you some clarity as to why you feel like this seemingly out of nowhere just because the winter months have arrived.

What is Seasonal Depression? 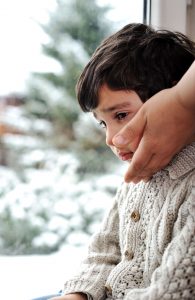 Seasonal Affective Disorder also is known as SAD is a form of depression that can come and go as it pleases.  It generally is affected by the seasons changing and usually is worst when fall and winter begin.  Many times, when people have this disorder, the cause of depression circles around the winter months more so than spring and summer.

When the warmer months come around the SAD generally will fade away. Although it is important to remember that SAD can occur during any seasonal change, but are typically most common in the winter.

For many people who have experienced depression increasing during the holidays, SAD is a clear reason why.

Causes of Depression During the Holidays

There aren’t many reasons as to why you might have Seasonal Depression, but there are a select few that might give you some idea as to why you, in particular, are affected by this.

Many times, the reason is because of your biological clock.  When you’re in an area or period of time where sunlight is less, this can naturally increase the risk of depression.  Also because of the lack of sunlight your body’s clock might feel a bit off, making you feel like you’ve lost your balance in life.

Another very common reason also has to do with less sunlight in fall and winter.  When you have less sunlight, your natural Serotonin levels and melatonin levels will plummet.  These two elements of yourself are what alters your mood, sleep, and can affect your depression in major ways.

Lastly, if your family has a history of having Seasonal Affective Disorder, there is a very strong chance that genetically you will have SAD as well. While everyone’s causes of depression vary, this should narrow it down for you to some degree.

Symptoms of Depression During Holidays

If you’ve experienced one or a few of these symptoms, you need to reach out to the people around you and have a conversation.  Many people don’t take Seasonal Depression seriously, but times are changing, and because it’s so common, more and more people are listening.

What Do You Do If You Have Seasonal Depression? 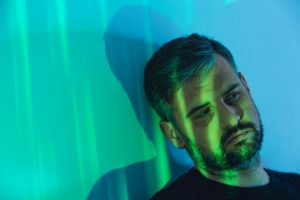 If you have found out that you have Seasonal Affective Disorder, there are important tips and tricks to implement into your life, so you feel better about yourself and the holidays.  These key points are the way you can turn your SAD into something in your past.  While it won’t just vanish, there are many options when it comes to maintaining a happy and healthy lifestyle.

Symptoms of depression won’t have a hold on you anymore with these important ways to cope with SAD:

Start by waking up early!  Many of the reasons SAD can get so bad is because of the lack of sunlight.  If you sleep in, you’re missing out on hours of sunlight that could greatly increase your mood!  Don’t skip this routine or sleep in after a few days of waking up early, and you need to learn how to stick to the routine for the betterment of your mood and overall thoughts.

If you feel discomfort and depression creeping up on you, workout!  When you work out, you release “feel good” endorphins that can kick that feeling of worthlessness, plus your body will thank you!

By maintaining a healthy diet and regular routine, you’ll be putting yourself first so you can feel great in the meantime.  You don’t have to let SAD take over your life during the holidays, because you can get through it.

Dealing with the symptoms of depression can be a huge burden, especially when it comes to dealing with Seasonal Affective Disorder.  But don’t worry, not only are you not alone but now you have a clear direction of what you need to do to pinpoint the problem and manage it.

Will you be trying out some of these lifestyle changes this holiday season?

9 Healthy Habits of Centenarians You Should Start Doing Right Now