Popular
Male UltraCore Review – Should you buy Male...
Top 3 Acne-Causing Foods You Ought to Avoid
These 6 Frequently-Consumed Food and Beverages are Weakening...
Biomanix Review – Maximum-Strength Male Enhancement Goes Rogue
A Complete Rundown on Testosterone Supplements: Do they...
6 Things You Can Do to Begin Your...
Can CBD Help You Lose Weight? Here’s the...
Ultra Gold Review – Why Should You Buy...
Ayurveda for Weight Loss: A Primer
Causes, treatment, and prevention of atrial fibrillation (AFib)
Home Nutrition Ways that Sugary Soda is Bad for your Health
Nutrition

Ways that Sugary Soda is Bad for your Health

When it is consumed in vast quantities, added sugar can have a huge adverse impact on your health. It is important to note that there are different sources of sugar and some are worse than the others. Research has shown that the worse so far is from sugary drinks. This mostly refers to sugary soda but also to other sources of liquid sugar like highly sweetened coffees and fruit juices. These are some of the major reasons why you should seriously cut back on your intake of sugary soda;

It is linked to type 2 diabetes

Type 2 diabetes is a very prevalent condition that affects a lot of people worldwide. It happens when there is an increase in blood sugar because of insulin deficiency or resistance. Due to the fact that excess intake of fructose can result in insulin resistance, it should not come as a surprise that research confirms a link between sugary soda consumption and type 2 diabetes. Even if you drink as little as one can of soda daily on a regular basis, you are at a greater risk of developing type 2 diabetes. One study on the link between the consumption of sugar and diabetes found that your risk for type 2 diabetes is increased by 1.1% with every can of soda you drink, which is about 150 calories of sugar. So, if you add one can of soda to your diet, you are much more likely to develop diabetes than those that did not.

It can lead to insulin resistance

Insulin is a hormone that is responsible for carrying glucose from the bloodstream into your cells. However, when you make drinking sugary soda a habit, your cells might become resistant or less sensitive to the effects of this hormone. If this occurs, your pancreas would be forced to produce more insulin to take out the glucose from the bloodstream, which would lead to a spike in insulin levels in the blood. This is what is known as insulin resistance. Insulin resistance is known as the primary factor of metabolic syndrome, which is the stepping stone to heart disease and type 2 diabetes. Studies have shown that excessive intake of fructose can lead to chronically elevated insulin levels and insulin resistance. Another study showed that healthy men experienced an increase in insulin resistance in the liver with a moderate intake of fructose. 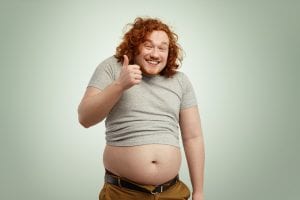 Weight gain is linked to a high intake of sugar. In fact, can lead to the accumulation of visceral fat or belly fat, which is a dangerous fat in around your organs and belly. Excess belly fat is associated with an increase in the risk of heart disease and type 2 diabetes. One study showed that people who drank sugary soda with fructose noticed a significant increase in belly fat.

Large amounts of sugar become fat in the liver

High-fructose corn syrup and table sugar are made up of two molecules, which are fructose and glucose, in almost equal quantities. Fructose can be metabolized by only one organ and it is the liver. Glucose can be metabolized by all cells in the body. Drinking sugary soda as common and simple to eat fructose in large amounts. If you eat too much fructose, it would overload your liver and the fructose would be turned into fat. A part of the fat is shipped out of the liver as triglycerides, while the remaining stays. As time passes, this can lead to nonalcoholic fatty liver disease.

It is linked to weig 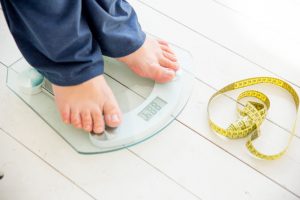 Table sugar or sucrose is a very popular type of added sugar and it is known to supply vast amounts of fructose which is a simple sugar. Fructose does not stimulate fullness or lower the hunger hormone as glucose does. Glucose forms when starchy foods are digested. So, when sugar is consumed, it is automatically added with your total calorie intake, since these drinks do not give you that feeling of fullness. One study found out that people, who consumed sugary soda in line with their diet, ate about 17% more calories than usual. It does not come as a surprise that researchers have found that people who constantly consume sugar-sweetened beverages put on more weight than people that stay away from it. Another study found out that constant drinking of these sodas can cause a 60% increase in the risk of obesity. Sugary drinks have been the most to blame for the rampant weight gain due to eating.