Popular
Male UltraCore Review – Should you buy Male...
Top 3 Acne-Causing Foods You Ought to Avoid
These 6 Frequently-Consumed Food and Beverages are Weakening...
Biomanix Review – Maximum-Strength Male Enhancement Goes Rogue
A Complete Rundown on Testosterone Supplements: Do they...
6 Things You Can Do to Begin Your...
Can CBD Help You Lose Weight? Here’s the...
Ultra Gold Review – Why Should You Buy...
Ayurveda for Weight Loss: A Primer
Causes, treatment, and prevention of atrial fibrillation (AFib)
Home Health The Most Common Types of Cancer
Health

The Most Common Types of Cancer

Cancer is a collection of diseases in which cells divide and grow uncontrollably. It can happen anywhere in the body because the body is made up entirely of cells. There’s not one cause specific cause of cancer. Instead, cancers develop depending on many genetics and environmental factors. It’s practically impossible to prevent it.

It’s one of the worst diseases that can affect someone. When anyone receives a cancer diagnosis, they usually see their death. That’s because many cancers are fatal even if caught early. Modern medicine has made many advances in this field. There are chemotherapy and other treatment plans, but cancer rates continue to increase in the population. Here’s a list of the most common types of cancers worldwide.

Lung cancer is the number one type of cancer in both women and men. It has caused over 1.5 million deaths worldwide every year. It starts in the lungs, usually due to too much smoking. The chemicals used in the cigarettes provoke the cells into dividing uncontrollably. It can also happen to non-smokers depending on environment factors and genetic factors.

Breast cancer is the second most common type of cancer among women. However, it can happen to both women and men. It’s the cause of over 500,000 deaths every year. Malignant tumors occur in breast cancer and spread around if left untreated. 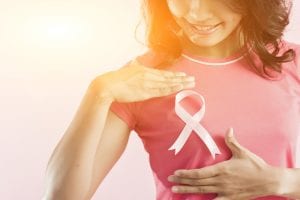 It’s recommended for women to get mammograms frequently. Mammograms in men are needed less frequently. Only ten percent of cases are linked to hereditary factors. Therefore breast cancer is largely caused by environment factors and lifestyle habits. It’s more preventable than most other types of cancer, but it’s not any less dangerous.

If you develop breast cancer, usually doctors offer breast removal to prevent the cancerous cells from spreading. Although this reduces the risks of the cancer spreading, it doesn’t prevent you from getting other types of cancer. It also doesn’t prevent cancer from developing from the remnant breast tissues.

Melanoma cancer is also known as skin cancer is the most common type of cancer. That’s because the skin is the largest organ in the human and the most exposed. The cancer can be caused by too much sun exposure. It is the leading type in women. It can affect everyone of any skin type or color.

There are three main types of skin cancer – squamous cell carcinoma, basal cell carcinoma, and melanoma. Melanoma is the least common one, but the most dangerous one. It’s more likely to invade nearby tissues and spread.

The liver is in charge of removing toxins from your body. It filtrates the body from waste and alcohols. So, any damages in the liver will cause the entire body to be unbalanced.

Liver cancer kills over 700,000 people per year. Most cases of liver cancer actually start from another organ. The cancer ends up in the liver by traveling in the blood which the liver filters. In other cases, liver cancer is due to alcohol abuse, Hepatitis B or C, or a birth defect.

To prevent liver cancer, it’s important to receive the Hepatitis B vaccine. Also, ease up on the alcohol and start leading a healthy lifestyle.

This type of cancer kills over 300,000 people per year. It’s aggressive and extremely dangerous because it comes with almost no symptoms until in the advance stage. In the late stages, patients are usually jaundice (yellow skin) and experience abdominal pains and unexplained weight loss. Obesity is often a factor in this cancer, so a healthy and exercising can help to prevent it.

Cervical cancer affects women because it’s cancer that developed in the cervix. The cervix is located between the uterus and the vaginal canal. If changes in these cells are left undetected for too long, cervical cancer can occur.

Pap tests are important to detect any cancerous cells early on. If caught early on, it can be treated more readily. Most of these cases happen in third world countries, but there are at least 4,000 women who die of cervical cancer per year in the United States. The number is over 260,000 deaths worldwide. 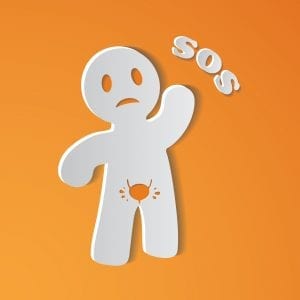 Bladder cancer is the easiest cancer to detect because it causes discomfort with urination. It’s usually detected in the early stages so; it has a higher survival rate than most other cancers. Over 400,000 people are diagnosed with bladder cancer every year.

Smoking is one of its risk factors. Treatments usually include chemotherapy and removal of the bladder. It’s essential to get screened after treatment to ensure that there’s no recurrence of bladder cancer.

Leukemia is blood cancer. It is most common in young children and very dangerous. It kills over 300,000 people every year. The type of leukemia depends on the type of blood cell is affected and how fast it acts.

Leukemia starts in the bone marrow which is where blood cells are created. The cancerous cells overwhelm the healthy ones and cause the person to become anemic, experience extreme fatigue, easier to catch infections.

Cancer is a dangerous group of diseases and fatal in most cases. It’s important to get cancer screenings at least every five years. Reducing smoking and leading a healthy lifestyle can help to prevent against many types of cancer.

8 Tips to Achieve a Positive Outlook on Life