Popular
Male UltraCore Review – Should you buy Male...
Top 3 Acne-Causing Foods You Ought to Avoid
These 6 Frequently-Consumed Food and Beverages are Weakening...
Biomanix Review – Maximum-Strength Male Enhancement Goes Rogue
A Complete Rundown on Testosterone Supplements: Do they...
6 Things You Can Do to Begin Your...
Can CBD Help You Lose Weight? Here’s the...
Ultra Gold Review – Why Should You Buy...
Ayurveda for Weight Loss: A Primer
Causes, treatment, and prevention of atrial fibrillation (AFib)
Home Sex The 2 Best Ways to Manage Premature Ejaculation Effectively
Sex

This is why it’s important for men to manage premature ejaculation, especially if it’s already causing relationship problems or affecting your quality of life. Here are a couple of ways by which you can effectively manage this burdensome sexual problem.

When doctors diagnose premature ejaculation, they usually look at your intravaginal ejaculatory latency time. This refers to how long before you ejaculate after vaginal penetration.

If you have lifelong premature ejaculation, it means that your intravaginal ejaculatory latency time has always been a minute or less since the first time you’ve had sexual intercourse. If it’s acquired, it means that you’ve ejaculated within 3 minutes or less at any point in your sexual life. 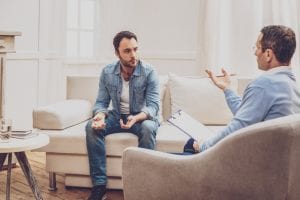 For clinicians, a five-minute intravaginal ejaculatory latency time is considered normal since the threshold is just 1 minute for lifelong premature ejaculation or 3 minutes for acquired premature ejaculation. However, if you really feel distressed about not lasting for more than 5 minutes, your doctor may recommend that you go through psychological therapy.

Alternative therapy for premature ejaculation includes acupuncture and the use of Ayurvedic or Chinese herbal medicines. Ayurveda and traditional Chinese medicine have been around for thousands of years, and both offer a wealth of herbal remedies for various sexual problems including premature ejaculation.

Medical management of premature ejaculation involves the use of topical anesthetic agents, serotonergic antidepressants, as well as phosphodiesterase-5 inhibitors (PDE5Is).

The main purpose of these topical anesthetic agents is to reduce penile sensitivity so as to delay ejaculation. Depending on the medication, the product may need to be topically applied to the penis 10-30 minutes before engaging in sexual intercourse.

However, when you use a topical anesthetic agent, you should wear a condom during sex. This is to avoid getting the medication transferred from your penis to your partner’s genitals. If it happens, it may result in numbness and reduced sexual pleasure for your partner. 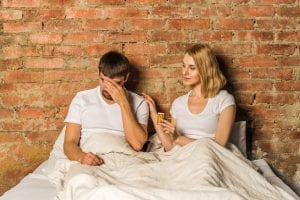 In many cases, it takes a week or two before you can fully feel the effects of your SSRI medication on your ejaculatory latency time. SSRIs are usually preferred over other medications for premature ejaculation because it doesn’t affect the spontaneity of sex, unlike topical anesthetic agents which you have to apply prior to sex.

Despite the fact that there’s abundant evidence proving that SSRIs and clomipramine are effective in treating premature ejaculation, such use of these medications is not approved by the US Food and Drug Administration.

Aside from improving your erection and libido, you can also use it to boost your sexual stamina. The herbs used in the formulation of these supplements also give you the added benefit of enhancing your fertility.