Popular
Male UltraCore Review – Should you buy Male...
Top 3 Acne-Causing Foods You Ought to Avoid
These 6 Frequently-Consumed Food and Beverages are Weakening...
Biomanix Review – Maximum-Strength Male Enhancement Goes Rogue
A Complete Rundown on Testosterone Supplements: Do they...
6 Things You Can Do to Begin Your...
Can CBD Help You Lose Weight? Here’s the...
Ultra Gold Review – Why Should You Buy...
Ayurveda for Weight Loss: A Primer
Causes, treatment, and prevention of atrial fibrillation (AFib)
Home Sex STDs and STIs: How Are They Different?
Sex

STDs and STIs: How Are They Different?

Contents show
1 Differences between Disease and Infection
1.1 Debate in the Health World
1.2 Symptoms
1.3 Prevention and treatments

People use both names, STDs and STIs, to describe the entire group of sexually transmitted diseases. However, there’s a great difference between the two. It’s mainly due to the differences between the words disease and infection.

Differences between Disease and Infection

The term infection means that you’re carrying the virus, but that’s about it. An infected person doesn’t necessarily show any signs of the virus they are carrying, but they are as contagious as someone with the disease. An infection is the first step of a disease. The carrier, usually an insect, deposits the virus inside the host then, it begins to multiply and take over.

An infection is changed classification only when the virus has disrupted enough of the host’s systems to cause any visible signs. A disease suggests a clear medical condition in which signs and symptoms are shown. An infection can develop into a disease, but the reverse is never true.

Therefore, the term STI encompasses a broader range of conditions than the term STD. STIs are often curable and may not show any symptoms. Most women with HPV (human papillomavirus) don’t show any symptoms and can easily be cured once detected. However, if the virus causes cervical cancer, she now has a disease, not an infection. It’s a similar situation with people with chlamydia or gonorrhea. These are infections until they develop pelvic inflammatory disease.

When the infections get to the point of being a disease, it is more dangerous. Often, it’s no longer curable which is why it’s important to get tested. If you catch while it’s still at the infection step, you have a higher hope of getting rid of it.

Debate in the Health World 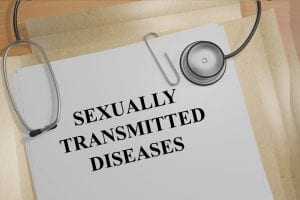 The term STD has been around since 1988 and doesn’t seem to be going anywhere. While medical staff has been using the term STI more often, it has yet to reach a consensus. The most common argument for the adaptation of the term STI is that it will lessen the stigma around the infections. To be labeled as infected instead of diseased can sometimes make the person’s life more bearable. Others stay away from people with diseases but may feel more compassion for someone with an infection. That’s because of the possibility of a cure.

It can also encourage people to get tested more often. When someone suspects they have a disease, they may feel less inclined to get tested for fear of a fatal diagnosis. If there’s a possibility it’s only an infection, they may get tested more often because they know they can be cured if the results are ever positive. As of 2018, the preference for the new term is mainly seen in staffs. No government has yet to decide. There’s also been a proposal for an entire new term to encompass everything, sexually transmissible infectious disease (STID).

One of the most dangerous symptoms is the lack of symptoms. Many people carrying STIs don’t know they have anything. They don’t feel any sickness, so they never get tested. By the time the body can no longer keep it hidden, it has already developed into a disease that may not be curable.

Women are more likely than men to show symptoms of STDs and STIs. The most common symptoms include unusual discharge like milky white, yellow, or green. It can be either thick or thin. Women also experience vaginal itching, rash, or blisters. They can bring burning or painful urination. They can even cause pain during sexual intercourse. 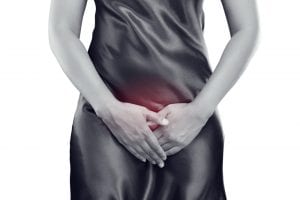 There are less common symptoms which usually mean the infection is doing too much damage in the body. These include spotting or bleeding between menstrual cycles. Women can have painless ulcers on the vagina. They can have pelvic or lower back pain. They can cause fever, nausea, or a sore throat.

For men, the more common symptoms include blisters, spots, or bumps on or around the penis. They can also have clear, white or yellow discharge. They can experience painful urination and ejaculation. The tip of the penis sometimes itches. They can have a rash on the penis, groin or testicles.

The less common symptoms include chronic flu-like symptoms, fever, or a sore throat. They can have swelling of the penis, urethra, or the epididymis. Other non-sexual areas such as elbows and knees can swell, too.

All of these symptoms take a few days to develop. It takes more time for men than women. For men, it can sometimes take a few weeks for any symptoms to appear.

There are vaccines to prevent Hepatitis B and HPV. These vaccines should be administered prior to being sexually active. They are recommended for every teenager. A person can reduce their risk of STIs by reducing their number of sex partners. Less sexual partners, lower risks of contracting anything. It’s still important to get tested prior to any changes of sexual partners and to have the new partner get tested as well.

Some people simply practice monogamy. Monogamy is the agreement between two people to only be sexually active with each other. Even then, trust is necessary. To get a diagnosis, you can either do a blood test, a urine test, or a fluid test. Treatment consists of either antibiotics or antiviral drugs. STIs are as dangerous as STDs. The main difference is an infection often doesn’t show any symptoms. Both of them are contagious and dangerous. It’s important to get test regularly if you are sexually active.

8 Tips to Achieve a Positive Outlook on Life