Popular
Male UltraCore Review – Should you buy Male...
Top 3 Acne-Causing Foods You Ought to Avoid
These 6 Frequently-Consumed Food and Beverages are Weakening...
Biomanix Review – Maximum-Strength Male Enhancement Goes Rogue
A Complete Rundown on Testosterone Supplements: Do they...
6 Things You Can Do to Begin Your...
Can CBD Help You Lose Weight? Here’s the...
Ultra Gold Review – Why Should You Buy...
Ayurveda for Weight Loss: A Primer
Causes, treatment, and prevention of atrial fibrillation (AFib)
Home Nutrition Is Memory Sustain Worth Consideration?
Nutrition

Is Memory Sustain Worth Consideration?

Medical research began providing evidence for the medicinal value of herbal properties and nutrients many years ago.

One group of people that they wanted to help is those who are learning to live with declining neural health and cognition degeneration.

While on this path the value of these same properties was found to be beneficial to those who had not been diagnosed with any neural issues.

Neuro Biologix saw a prime opportunity and seized it.

They joined forces with the Neurosensory Centers of America to create a blend of specific vegetal properties to promote neural functions in those dealing with impairments as well as healthy individuals.

They crowned this blend Memory Sustain and marketed it for optimal neural functioning, especially for dementia and other neurologic patients.

The Memory Sustain blend is designed for optimal cerebral functions including recall and cognition:

Analysts revealed and professionals began to use the brain boosting abilities of B-Complexes such as pyridoxine, folate, and cobalamin a number of years ago.

N-Acetyl Cysteine is a derivative of an amino acid which provides antioxidant neuroprotection and corrects imbalances of neurotransmitters.

Acetyl-L-Carnitine, another amino acid derivative, can be used to improve both spatial and temporal memory as well as reduce oxidative stress.

Phosphatidylserine is utilized to improve cognitive and recall capacity as well as is chief in cell function management.

Gingko Biloba is used to boost the health of neurons; prevent the recall degradation; and reverse cognitive impairments. This is why it is commonly found in most all cognitive support supplements.

Vinpocetine is a synthetic version of a compound found in periwinkle and thought to increase circulation in the cerebral environment as well as enhance information process in the brain.

Huperzine A is component obtained from Chinese club moss which can correct memory impairment related to aging and enhance learning processes.

Resveratrol is believed to offer protection to neurons from oxidative damage and prevent plaque buildup in Alzheimer’s.

For the best results, the Memory Sustain manufacturer advises users to consume a single capsule two times a day. 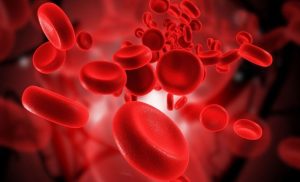 The development of this combination was guided by neurosensory specialists.

The formulas components and actions are also posted on their site.

It can be costly, if used for a prolonged period of time.

Customers can place an order for Memory Sustain on the Neuro Biologix site.

A single 60 count container can be purchased for $41.40 from the same official website. Purchasers do not receive any considerations for purchasing more than a single container. There is no dissatisfaction refund available.

The joint effort of the manufacturer and neurosensory specialists is definitely an attribute for this formula.

Approval of supplements is not generally in the realm of supplement manufacture and marketing; however, this in and of itself is not a testimony to how effective the formula may be.

There are a number of valid considerations for the trial of the Memory Sustain formula.

P Boost Review – All it Claims to Be?

Twinlab Ripped Fuel Extreme Fat Burner – Does it do the job?