Popular
Male UltraCore Review – Should you buy Male...
Top 3 Acne-Causing Foods You Ought to Avoid
These 6 Frequently-Consumed Food and Beverages are Weakening...
Biomanix Review – Maximum-Strength Male Enhancement Goes Rogue
A Complete Rundown on Testosterone Supplements: Do they...
6 Things You Can Do to Begin Your...
Can CBD Help You Lose Weight? Here’s the...
Ultra Gold Review – Why Should You Buy...
Ayurveda for Weight Loss: A Primer
Causes, treatment, and prevention of atrial fibrillation (AFib)
Home Sex How Sexual and Romantic Pressures Can Be Harmful To Male Health
Sex

How Sexual and Romantic Pressures Can Be Harmful To Male Health

Contents show
1 Difficulty with finding a partner may have a couple of long term positive and negative health consequences.
2 There are also a number of benefits associated with marriage, which single men do not get to receive.
3 Other studies, however, show that low mate availability has a large range of very positive health consequences.
4 The study found that mortality risks increased slightly among men who lived in communities of low mate availability.
5 What the study does reveal is that environmental stressors do have a very big impact on mental and physical health.

Difficulty with finding a partner may have a couple of long term positive and negative health consequences.

On the one hand, the strains involved with finding a sexual partner could cause stress, which can ultimately be detrimental to someone’s health. On the other hand, it can motivate people to engage in many healthy habits associated with finding a mate. Researchers have historically found it very difficult to properly document how low mate availability and the resulting frustration can influence human health, but one study in China managed to find out how an unequal sex ratio could impact men’s health later in life.

Some research has shown that lower mate availability can cause many men to start feeling anxious.  Even if mate availability is not low, it can still be stressful if men perceive it to be low. Studies on animals show that unbalanced sex ratios lead to competition and aggression within the sex that has higher numbers, which can cause stress and it can also ultimately increase mortality rates. In humans, low mate availability could delay marriage and make it more difficult to find opportunities for romance and intimacy. However, men of a lower social class tend to be hit the hardest by low mate availability. Still, any single man, no matter their social status, can feel marginalized if he has not found a sexual partner, especially in communities that are not very accepting of a single lifestyles.

There are also a number of benefits associated with marriage, which single men do not get to receive. 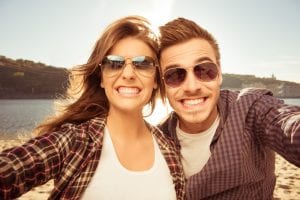 Married couples are better off financially, they avoid risky behaviors such as substance abuse and dangerous driving, they sleep better, they experience fewer instances of depression and other forms of psychological distress, and they tend to have more friends and social support. Marriage also reduces the risk of a stroke and heart attack by about 65 percent, especially if the marriage is a happy one. Married couples tend to have opportunity for sex and there all a number of mental and physical health benefits associated with people who are sexually satisfied.

Other studies, however, show that low mate availability has a large range of very positive health consequences.

Competition can motivate people to develop a wide array healthy habits. In the effort to become more attractive to mates, men end up behaving in ways that have long term health benefits.  For example, men might exercise more, take on healthier diets, eliminate body odor by developing good personal hygiene habits, and make more of an effort to find employment. Furthermore, in communities where ideal sexual partners are scarcer, when men put in all the extra effort to actually search for someone to be in a relationship with, they feel more fulfilled when they finally do manage to find a sexual partner. They also end up treating their partner better because they do not take their partner for granted, which can lead to a happier marriage, and better sex life.

The literature on the subject of low mate availability has been particularly inconclusive because, among heterosexual individuals, mate availability rarely tends to drop significantly low, especially in developed countries, which is where most of the research has been conducted. However, China’s one child limit created a male to female sex ratio that was so high that it might provide important insight into how certain frustrations related to finding a sexual partner can affect adult men’s long term health.

The study found that mortality risks increased slightly among men who lived in communities of low mate availability. 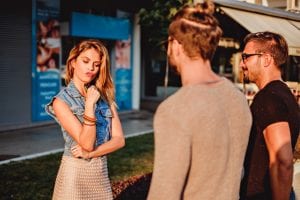 The greater the male to female sex ratio, the greater the risks of dying younger. It also found that the quality of many of the marriage matches were poor, which meant that men who managed to marry were not necessarily healthier. These marriages often caused men to feel sexually frustrated and they also felt generally unhappy with the marriage.

Since the pressure around marriage could cause health problems in men, it is possible that men who find a way to keep these pressures from getting to them might be able to live happier and healthier lives. However, more research must be done to be sure and many of the other implications of the study are a bit ambiguous. It is still unknown whether results from this study can reveal anything for people are not heterosexual adult men living in China. Women, for example, might have similar health concerns in the event of a low male to female sex ratio; however, it is possible that women would be impacted completely differently.

Additionally, it is possible that the cultural significance of marriage in China made finding a mate particularly stressful, which accounted for the higher mortality rates. In cultures where marriage is less important for social status, low mate availability could potentially have little to no negative impact. Some of the positive impacts of low mate availability might be more prevalent in these communities. It is also unclear if this study means anything for members of the queer community who also often experience difficulty with finding a partner regardless of the male to female sex ratio.

What the study does reveal is that environmental stressors do have a very big impact on mental and physical health.

In much of society, marriage tends to be a healthy choice that leads to good mental and physical wellbeing, but stressful circumstances surrounding finding a mate could potentially undermine these benefits, especially in communities where marriage is highly valued. In order to promote a long and happy life, it is best for men to try to avoid frustrating circumstances regarding lack of satisfying romantic and intimate relationships.

5 Signs Working From Home Wouldn’t Work For You

8 Signs You Are a Hardcore Extrovert