Popular
Male UltraCore Review – Should you buy Male...
Top 3 Acne-Causing Foods You Ought to Avoid
These 6 Frequently-Consumed Food and Beverages are Weakening...
Biomanix Review – Maximum-Strength Male Enhancement Goes Rogue
A Complete Rundown on Testosterone Supplements: Do they...
6 Things You Can Do to Begin Your...
Can CBD Help You Lose Weight? Here’s the...
Ultra Gold Review – Why Should You Buy...
Ayurveda for Weight Loss: A Primer
Causes, treatment, and prevention of atrial fibrillation (AFib)
Home Health Guy. Gay. And What?
Health

Being gay is nothing to be ashamed of. I’ll say it again, being gay is nothing to be ashamed of. Though homosexuality in society is becoming more accepting, to some extent, there’s still a lot of shame around being gay. Many times, you may feel like you have to whisper it to a friend or pretend your man is your best friend. Being gay is who you are, and denying who you are can have some serious consequences. So, you’ve come out. That’s awesome! You’re very brave. One day, “coming out”, will just be a term that “my great grandpa uses”. It’ll be a relic of a phrase and love will be love.

Now, let’s get to all the reasons why being gay is amazing and how it makes you even more awesome. 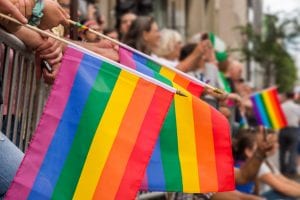 There are many symbols of pride, camaraderie, and tenacity, but the rainbow is yours. It’s a hopeful symbol, signifying all the love that you have and wonder at life that you maintain despite the world’s attempts to shut you down. I mean, who can kill a rainbow? Nobody. Matter of fact, it’s impossible to even fly over a rainbow. There are many groups and many different symbols, but yours is the rainbow and that’s magnificent.

Known as a fun, carefree, place, the gay community is full of friendly, open, men who’re glad to have another like them, for the most part. You can find your identity in the gay community. Maybe you’ve been in denial or terrified of telling your parents/siblings/[insert close-minded person] and when you searched your local community, you began to accept that you were, in fact, gay, and that was okay. The gay community is full of men who’ve lived through horrors forced on them by people who are close to them that don’t understand. They’ve been denied entry to places, bullied, and made to feel like crap. But, you know what, like you, they’ve pushed through. In the gay community, you can talk about all of the struggles and the triumphs with men who get it. There’s nothing like the feeling of being accepted and understood.

You get to have sex with and love men. As awesome as you are, loving a man is kind of like loving yourself. You share the same physique so you can more easily find where you like to be touched, kissed, or any other thing you can think of.

You also share similar brains, which can make connecting that much easier. Women and men, while being similar, do have many differences. These differences cause a lot of frustration and grief when they’re trying to understand each other. Men, for the most part, keep things simple, while women are operating a bit more complex. Men may feel like the women are over-exaggerating and the women feel like he’s not taking it seriously, enough.

In your relationship, more often than not, this isn’t a problem. You and your guy might both be operating on a straightforward level or a more complex level. Either way, you will have a lot of similarities that can bond you closer and faster. Sometimes, it can be like falling in love with your best friend.

Is awesome. Being of a similar physique, as mentioned above, you may find it easier to find his pleasure spot. You know many of yours and with your mutual straightforward communication style, it might be easier to discuss all of these things before heading under the sheets. Or wherever.

Another great part about sex with your guy is strength. Being men and of a similar strength, you worry less about being too rough or using too much strength. He can pick you up, most likely, and you can do the same. You can hold him down and vice versa and enjoy the roughness of the whole thing. The balance of power makes things hotter.

The two of you can rough-and-tumble before sex and enjoy the challenge of seeing who’s strongest. Or more strategic or even dominant. It’s super hot to pit your similar strengths against each other.

And you can sword fight. And, of course, let’s not forget the mutual prostates. 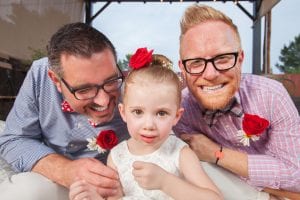 Being gay, for the most part, takes the pressure off. You can fall in love with the right man and raise children at whatever age you’d like. Heterosexuals are hounded about marriage and children ever since they’re old enough to understand the concepts. Especially women, who are born with all the eggs they’ll ever have. By 30, women’s eggs are getting old, and everyone tells them about it. But, for you, the choice of marriage and children is yours. Unless your mom just can’t bear to see you unsettled down. She may hound you night and day to, ”Get a nice man. There’s one right there, baby. Go get him!” Don’t fault her. She means well.

You, yeah you, were born owning rainbows.

Love yourself, others, and never be ashamed to be who you are.

These are just six of the ways that being a gay guy is a great thing. So, if someone comes to you and says something you don’t like, tell them this, “I am gay. And what?”

Fighting for Your Mental Health