Popular
Male UltraCore Review – Should you buy Male...
Top 3 Acne-Causing Foods You Ought to Avoid
These 6 Frequently-Consumed Food and Beverages are Weakening...
Biomanix Review – Maximum-Strength Male Enhancement Goes Rogue
A Complete Rundown on Testosterone Supplements: Do they...
6 Things You Can Do to Begin Your...
Can CBD Help You Lose Weight? Here’s the...
Ultra Gold Review – Why Should You Buy...
Ayurveda for Weight Loss: A Primer
Causes, treatment, and prevention of atrial fibrillation (AFib)
Home Health Do Early Engagements Turn Out Good or Bad?
Health

Contents show
1 Theo
2 Steven
3 Angys
3.1 So, there you have it. Some marriages fail, other marriages don’t, it’s all due to the luck of the draw I guess you could say.

Yes, I know I used the word really, like, a lot in that first paragraph, but I think the word warrants its own placement.

I’d like you to think about it for a second, though. Do you agree with people rushing into the whole marriage thing? Supposedly, studies have stated that couples who get married within the first year of knowing each other are doomed to fail. Most of said marriages actually do fail, resulting in divorce. Technically, I think this makes total sense. I mean, if you barely know the person you’re marrying, you’ll most likely end up not liking them in the end. Unfortunately, this will end in either of you, or both of you, wanting to part ways.

Before I go any further, I’d like to state that I had inspiration for this article shortly after Justin Bieber proposed to Hailey Baldwin. I know what you’re thinking, “Ew, a Justin Bieber fan.” No, that’s not the case; I just thought that would be the best way to introduce the topic, in a sense. And now that you know that, you’ll understand why I decided to do my research and see how a few couples weathered the short engagement they got themselves into. Let’s check out these unexpected happenings in the lives of three specific couples below.

Theo, age 28, had no problem sharing his “romantic” story. He met his partner Antoine when he was 20-years-old. Apparently, they had exchanged numbers via an online dating website, where they immediately clicked. Theo lived in Montreal, Antoine lived in Quebec City; The distance was approximately 3 hours apart.

As the romance sparked via messaging, the two wanted to meet in person. After a month of conversation, they decided to meet. Neither of them knew that they would soon fall hopelessly in love. 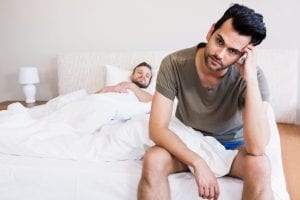 This all sounds like such a lovely story, doesn’t it? Well, not so much. Not even two months after their wedding, Theo found Antoine talking to someone else on the internet. When Theo brought the issue up in conversation, Antoine did not handle the situation the right way, in turn mentally abusing Theo.

In addition to Antoine’s desire to cheat on Theo, Antoine had a long list of other issues he was battling. Some issues consisted of debts owed to other people, debts owed to bill collectors, and drug-related problems.

To this day, Theo wishes he would have waited a while before getting married, because maybe then he wouldn’t have felt so pressured to stay with his husband for such a long period of time.

Steven, age 33, met his wife Vivien on his 28th birthday. The two met through a mutual friend the night Steven went out to celebrate. In the beginning, the two of them did not see a clear-coat connection, but as time went on, they decided to give dating a chance. As the dates progressed, both Steven and Vivien found a connection, and soon thereafter became inseparable.

As the two were dating, they were invited to go to a mini concert, put on by the band Pink Martini. They both loved Pink Martini, so they obviously had to go. As soon as they got home, the couple stated that they wished they had gotten married and had their first dance to one of the songs played by the band. A week later, they said their vows to each other in the same spot where they watched Pink Martini play.

Steven and Vivien were married five months after they had their first date. Both friends and family were excited for the couple, and the couple has stated, to this day, that marrying each other on that day was a positive. The two admit that there were bumps and trials along the way, but that they are without a doubt happy with their decision.

Angys, age 42, met her husband at a mutual friend’s birthday party. As soon as Angys arrived at the party, she was immediately introduced to a man from Chile. Angys thought the man was cute, but never thought anything else of the situation in that moment. The party went on until way after 2:00 a.m. We know what happens after 2:00 a.m., though, right? 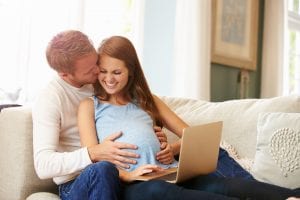 Angys and the friend from Chile ending up spending the night together, and yes, having sex. Though it happened to be a great time, Angys and the man didn’t talk after that night.

About a year later, the same mutual friend threw another party, and the “couple” got together again to have sex. After a few years of chit-chatting, Angys decided to visit the man in Chile. The two of them went back and forth visiting each other for years, until Angys got pregnant. The man from Chile stated that they were meant to be together due to the pregnancy, and they’ve now been married for 8 years.

So, there you have it. Some marriages fail, other marriages don’t, it’s all due to the luck of the draw I guess you could say.

STDs and STIs: How Are They Different?