Popular
Male UltraCore Review – Should you buy Male...
Top 3 Acne-Causing Foods You Ought to Avoid
These 6 Frequently-Consumed Food and Beverages are Weakening...
Biomanix Review – Maximum-Strength Male Enhancement Goes Rogue
A Complete Rundown on Testosterone Supplements: Do they...
6 Things You Can Do to Begin Your...
Can CBD Help You Lose Weight? Here’s the...
Ultra Gold Review – Why Should You Buy...
Ayurveda for Weight Loss: A Primer
Causes, treatment, and prevention of atrial fibrillation (AFib)
Home Sex Arguments for Chivalry
Sex

Contents show
1 Where did chivalry start?
2 Good Chivalry vs. Non-Chivalry
3 How Good Chivalry Can Help You
3.1 You have competition
3.2 Cut the Mansplanation
3.3 Positive Repute
3.4 The Arc
3.5 Inherent Imbalances

Some insist that chivalry is dead, while some insist that it neither is nor, should it be. Some insist it is harmful to gender relationships, Others blame its decrease for a dystopia of meaningless sex and empty feelings, and others mean well but are unsure of what to do.

If you are sometimes unsure what to do in the realm of chivalry, or have mixed feelings about the subject, keep reading.

Where did chivalry start?

The term “chivalry” ignites in many minds images of men pulling out chairs, brandishing flowers, offering their jackets to shivering women, and holding doors. Its origin, however, is in knighthood. Some (but not all) branches of feminism condemn chivalry as an expression of the belief that women are weak or inferior; others contend that it is manipulative. Interpreting certain gestures differently than the men who are performing them, women may remark that they are perfectly capable of walking through doors by themselves. 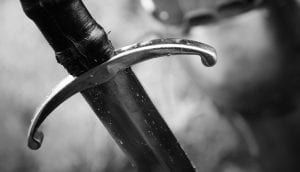 Depending on how they were raised, they may suspect that all of a man’s exaggerated positive attention toward his date, which often manifests in clichéd gestures, is a way of guilting her into sleeping with him. Contrary to these perceptions, however, the thesis underlying the original conception of chivalrous behavior was that women’s attention was to be desired, to sought after and to be obtained with kindness.

Good chivalry is kindness without authoritarianism. Because of its origin among the knights, who were all men, and the literature in which men sought women’s affections, the term carries strongly gendered and heteronormative connotations. Due to its original meaning, however, doing it justice may mean reframing it with different terminology. Instead of trying to be “chivalrous” in its more recent definition, ask yourself whether your actions on dates are “kind” or “considerate.” If any part of your action or its motivations is unkind, that is not a chivalrous action. This is a concept with which all types of feminists and various non-feminists should be able to agree.

How Good Chivalry Can Help You

Sometimes it may feel like there aren’t enough women to go around. This is particularly noticeable on dating apps and sites, where unless you look like a model, can speak three languages, and can write an impressive profile, this may likely be the case. Your best way past this is by treating your dates well. Notice if they’re uncomfortable and offer to do something about it. Ultimately, if a woman realizes she is happy when she spends time with you, you will win.

Remember that kindness involves finding the value of another’s opinion and respect their knowledge and experience. Listen to what your date has to say, then sit with it and internalize it. If you disagree with her, think about why. Before spouting a counterargument, saying “Well actually,” or telling her she is wrong, think about why she believes what she said. Disagreeing with her is completely fine, even healthy. But good chivalry means considering the tenderness with which people regard their opinions and respecting disagreements. This makes for happier women and happier relationships. This may be a learned skill, but in terms of relationships with all women in a man’s life, its effects are entirely positive.

If you are chivalrous, her friends will speak more highly of you when she inevitably tells them about your date. Women conference after their dates. Most likely, almost all of your female friends know about your other female friends’ dates if they’re also friendly. Your date’s friends may know more details about your time with this woman than you had ever anticipated or wanted them to know. This isn’t an obscure minority of women—This is the majority.

This is as long as you aren’t forcefully overdoing it, which can also lose you points. If she crinkles her lip when you open the door for her and then asks you not to, don’t keep doing it. If she seems so insistent on helping pay the bill that she might be ready to chase the waiter down, don’t fight it. Instead, appreciate her willingness to help you, and understand that this may be happening because she does not want to feel as if she owes you anything. The key is adaptability, a quality with value and attractiveness that is difficult to overstate. 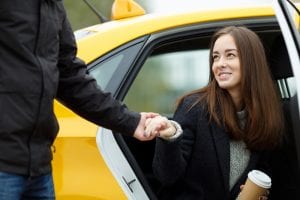 More often than not, as a man asks his date the same question multiple times without listening to the answer, she’s projecting how he treats her now onto how he will treat her later. Due to biological realities of humanity before birth control, most women are programmed to analyze current romantic situations and project them into a hypothetical future. Even if the way you treat her will not truly decline at a steady clip as the relationship continues, many women subconsciously operate under the pretext that this will, in fact, happen. This means that if you treat her just okay on the first date if you don’t take the time to notice how she’s feeling, she may assume that this is how you treat her when you are putting in an effort, and you will never put in more.

Present your best, most considerate self on your first date, if only because you don’t want to be outdone by another man who does. Often, a subconscious fear that romantic efforts will go unrewarded prevents men from bringing their best selves to the table. Those who do not try, do not win. Be mentally present, offer to pay, and ask follow-up questions to the talking points she seems to find the most interesting.

Women have additional expenses that men do not have to consider, so paying for her meal sometimes or holding the door will help even that out. Though society expects women to apply makeup and use a slew of beauty products, society does not buy that makeup for them. Every month, women spend at least ten or so dollars on hygiene products. Otherwise, they are paying for birth control, which men often prefer their partners to take but do not pay for. When a man contributes money for dinner without complaining, just as she takes care of her body and appearance without complaint, his date will notice, and this will reflect positively on him.