Popular
Male UltraCore Review – Should you buy Male...
Top 3 Acne-Causing Foods You Ought to Avoid
These 6 Frequently-Consumed Food and Beverages are Weakening...
Biomanix Review – Maximum-Strength Male Enhancement Goes Rogue
A Complete Rundown on Testosterone Supplements: Do they...
6 Things You Can Do to Begin Your...
Can CBD Help You Lose Weight? Here’s the...
Ultra Gold Review – Why Should You Buy...
Ayurveda for Weight Loss: A Primer
Causes, treatment, and prevention of atrial fibrillation (AFib)
Home Health How Alcohol Affects Your Health
Health

How Alcohol Affects Your Health

Alcohol should not be treated as the bad guy at all times. You can actually reap some benefits from alcohol consumption if you know how to drink the right way, which directly translates to moderation. It has its own good, charming sides, but don’t let this be your justification of drinking until 4 in the morning. Like everything else, there’s no way that things overdone and things over-consumed result to something good and noble. Not now, not ever.

Here are some of the ways alcohol consumption affects your health:

Alcohol reduces the possibility of heart disease and heart attack 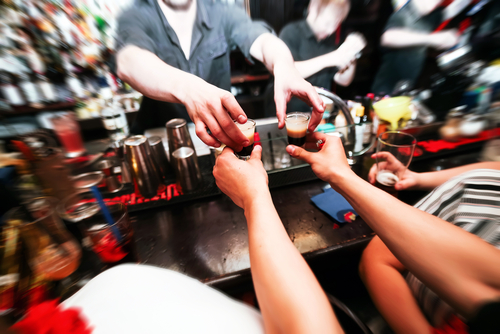 If you only drink in meager to moderate amounts, alcohol can actually decrease your blood pressure. But if you drink abundantly, the opposite happens.

Alcohol can also aid in the clearing of fat from the arteries, as well as lessening the blood’s inclination to clot. These effects help to reduce the risk of heart disease and heart attack. Furthermore, alcohol intake can make the blood flow smoother, which lessens the likelihood of heart problems.

Red wine, specifically, is known for its capacity to lower cholesterol levels.

If drinking alcohol can reduce the risk of heart attack, you can also expect for it to reduce the possibility of particular forms of stroke.

The health gains of alcohol on heart illness and stroke led some people to debate that moderate intake is linked to longer life-span.

Alcohol Affects the Quality of Sleep 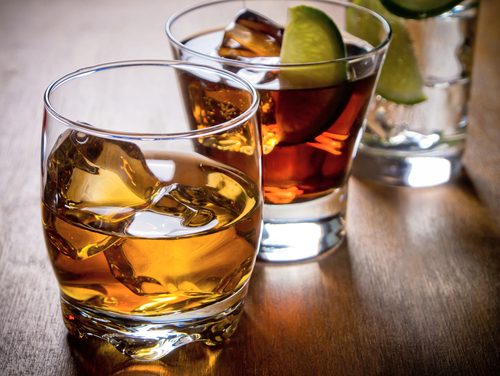 For some people, a glass of wine is part of their pre-bedtime routine and that should be fine. One serving of alcohol was found to have no significant effect on one’s quality of sleep. It becomes a different story if it’s more than that. Even though drinking alcohol helps people fall asleep, it is also likely that they will end up waking up in the middle of the night. As experts say, you will sleep faster, but don’t expect it to be of great quality. This is due to alcohol’s interference with REM sleep.

Also, some people drink alcohol to help them sleep faster at night, especially if they’ve consumed caffeine beforehand. However, while this combination seems to be harmless and effective, you have to realize that it will take its toll in the long run. This should not be something that you practice on a regular basis simply because it is not healthy.

Alcohol has a bit of Diuretic Effect

Basically alcohol is diuretic. This translates to the elimination of water in the body through urine, which diuretics like alcohol promote further. Thus, heavy drinkers can experience dehydration. This is also the reason why people tend to urinate more often when drinking.

In low to modest quantities, this effect is not detrimental. But if an individual is already dehydrated before starting his drink, like from working out or from the hot weather, this effect will be more notable.

Dehydration is also linked to alcohol consumption because we tend to eat something salty while drinking, which also adds to being dehydrated.

Moderate drinking can frequently improve social interactions while excessive drinking can do the opposite. However, this still depends on the kind of person you already are. Many people believe that alcohol has the power to change your mood. Depending on the individual, it can either make them nicer or more bad-tempered.

Even when consumed moderately, alcohol intake can still get in the way of medications in potentially precarious ways.  This is because alcohol is processed by the liver. When alcohol and other compounds interact at the same time in the system, alcohol takes control and outweighs the medications. This means that the medications, which are also processed in the liver, will not be disintegrated as fast as it should be. Hence, users will feel their effects more strongly and profoundly.

This can become a more serious issue if the body becomes used to being required to filter out alcohol continuously since it will cause the liver to accelerate its process of disintegration. If you stop consuming alcohol for a couple of days, the liver will automatically process the drugs at a faster rate, which can have detrimental consequences.

Reminder: People who drink alcohol must limit their intake of Tylenol.

Your Alcohol Habit Partly Dictates How Much Your Kids Will Drink

Alcoholism is somehow genetic. Thus, family history is typically linked to people’s possibility of having the illness. However, regardless of the risk for alcoholism, your drinking habits can also shape your child’s. It is also likely that children mimic how much their parents drink. If you drink moderately, then your kids may do the same and they will experience the benefits of moderate drinking instead of experiencing the ugly effects.

A Product Review of Cognitine: Is it Effective?

A Product Review of NeuraFlow