Popular
Male UltraCore Review – Should you buy Male...
Top 3 Acne-Causing Foods You Ought to Avoid
These 6 Frequently-Consumed Food and Beverages are Weakening...
Biomanix Review – Maximum-Strength Male Enhancement Goes Rogue
A Complete Rundown on Testosterone Supplements: Do they...
6 Things You Can Do to Begin Your...
Can CBD Help You Lose Weight? Here’s the...
Ultra Gold Review – Why Should You Buy...
Ayurveda for Weight Loss: A Primer
Causes, treatment, and prevention of atrial fibrillation (AFib)
Home Health 9 Healthy Habits of Centenarians You Should Start Doing Right Now
Health

9 Healthy Habits of Centenarians You Should Start Doing Right Now

The Earth may have played favorites when it comes to longevity. There are top five specific places where a large number of centenarians can be found – Sardinia, Italy; Okinawa, Japan; Loma Linda, California; Ikaria, Greece; and Nicoya, Costa Rica. Does longevity have to do with the environment or culture? No one can really tell.

While it’s tempting to go and live in these places, it’s not always possible. The best thing you can do is emulate what the centenarians do and eat to live up to 100 and beyond.

Most of the centenarians share the same healthy habits. Let’s take a look at these healthy habits and have them as our own. Here’s to 100 and beyond!

Painter Trudi Fletcher credits her longevity to her healthy outlook in life. She says it’s all about attitude. Positivity can bring all of us far, even as far as 100 years and beyond. Fletcher stays creative even at the ripe age of 100.

Diet plays a crucial role in our longevity. Because the centenarians were exposed to the traditional ways of eating – more fruits and veggies, fewer junks, and enough portions, they have developed a healthy habit of eating. They don’t follow a strict diet plan but stick to eating nutritious food. They even criticized the supersized portions of this generation’s food servings. Some of them are even vegetarians. They admitted eating less is the secret to staying healthy and living longer. 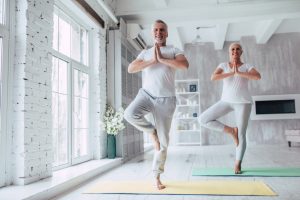 Who says older people are too slow to move or think? Centenarian Louise Caulder makes it a point to do some physical and mental stretches after waking up every single day. To keep themselves moving, centenarians move naturally through natural movements like gardening, walking, and climbing stairs.

We’ve always known how exercise is beneficial for the body. It helps prevent the risks brought about by aging, boosts mood and mental functions, and keeps the blood in proper circulation. Strength training, particularly, is beneficial for longevity according to studies. A strong body is linked to a strong mind. So, it’s not more on the number of your years but on how you feel your body.

Most centenarians also believe in a power higher than themselves. They have high hopes and a strong faith that can’t be easily swayed even when life hits the hardest. Centenarian Roberta McRaney had her house burned to the ground when it was hit by lightning. But her faith didn’t waver. She had her house rebuilt and moved on to live a happy life.

According to one study, a faith in a higher power increases a person’s life span by as much as 4 years. It may be because spirituality is linked to meaning and purpose in life. Those who live more meaningful lives have a more positive outlook on life and are less likely to get sick.

Centenarian Harry Adler says it’s about clean living, not getting yourself into trouble, and doing what’s right. Getting out of trouble also means protecting oneself from things that aren’t good for the body like too much alcohol or smoking. It’s following what you know is right.

One of the common mistakes unhealthy people commit is doing the things they already know can get them into trouble such as eating unhealthy foods and living a sedentary lifestyle. For the centenarians, this should be a big no-no.

Relationships are important to living a happy and long life. Centenarians have attested to this. They are happy seeing their grandkids grow and feeling contented of their roles in the family.

One theory suggests that relationships can buffer the effects of stress in older people. And that social isolation can be a risk factor for older adults to develop hypertension. Social ties are important to growing old happy and healthy.

Of course, these centenarians’ relationships are those of the positive type. They’re surrounded with family and friends who are loving and agreeable. Annoying people wouldn’t be fun to be around with older people and would pose a challenge for their health as well.

Centenarians are also aware of the fact that sitting is the new smoking. Seeing themselves sitting on a wheelchair is just unacceptable, so they defy this idea and make sure to keep themselves moving. Some of them ski, hike, or do cardio exercises. As long as the mind is active, so is the body. And we can achieve this just like these centenarians did. 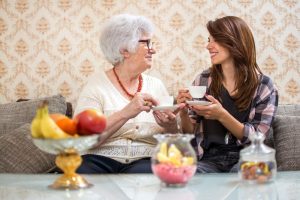 Some centenarians are grateful for their genes for making them live longer. While they may seem lucky, you don’t have to get discouraged if your ancestors didn’t live to be 100. Genes may play a role in the longevity of others but as long as you follow the healthy habits above conscientiously, it’s still possible for you to become a centenarian when the time comes.

What the mind thinks, the body follows. Thinking yourself young again will also make you feel and act young. The 1981 study of Harvard psychologist Ellen J. Langer has this to prove.

In her study, Dr. Langer had eight arthritic and debilitated men in their 70s as participants. These participants were to go back to a time warp 22 years earlier, which means they have to go back to the year 1959. They listened to the 1959 radio, wore 1959 items of clothing, placed in a 1959 inspired environment, watched 1959 TV, and act in their 1959 age. There were no mirrors to remind them of their actual age.

Interestingly, after the 5-day experiment, these men acted like 22-year-olds. Their test results showed improvements in their physical strength, dexterity, posture, cognition, memory, vision, and hearing. They even changed their way of walking, from shuffling to walking as young men do.

This experiment alone shows the role of the mind in making people feel young or old. Whether you’re 90 or 40 doesn’t matter. What matters is you live your life the best way you could regardless of age. And you have the choice to do this starting today.

Why Do the Holidays Always Make Me Feel Depressed?