Popular
Male UltraCore Review – Should you buy Male...
Top 3 Acne-Causing Foods You Ought to Avoid
These 6 Frequently-Consumed Food and Beverages are Weakening...
Biomanix Review – Maximum-Strength Male Enhancement Goes Rogue
A Complete Rundown on Testosterone Supplements: Do they...
6 Things You Can Do to Begin Your...
Can CBD Help You Lose Weight? Here’s the...
Ultra Gold Review – Why Should You Buy...
Ayurveda for Weight Loss: A Primer
Causes, treatment, and prevention of atrial fibrillation (AFib)
Home Fitness 4 Good Reasons Why Exercising in The Afternoon Is More Beneficial Compared to Other Times of Day
Fitness

Contents show
1 Benefits of Afternoon Exercise
1.1 1. Studies show afternoon is the best time for workouts
1.2 2. The body temperature is warmer in the afternoon
1.3 3. You will stay energetic until late in the afternoon
1.4 4. Late afternoon exercises help you to naturally burn about 10% more calories

What time do you prefer to exercise, daytime or nighttime? For early risers, daytime, specifically during sunrise, works best for them. While night owls, whose focus is greater at night, might opt for nighttime exercise. Whether you’re an early bird or a night owl, your exercise routine is also dependent on your availability.

However, experts say the time you exercise does matter because muscles have their circadian rhythm too. They reveal that muscles function better during the day than the night. This means your body may respond differently when you select nighttime over daytime workouts.

A study at Northwestern University in Chicago confirmed that muscles’ internal clocks are in tune with the natural cycles of night and day. Hence, they yield better results when used during the day. Your muscles use oxygen to derive energy and this process is more efficient during the daytime.

Another interesting study that involves the regulation of movement and rests revealed that young participants, who regularly exercise during the day and have full rest during the night, were healthier compared to older people who don’t do much during the day but are more active at nighttime. The researchers concluded that movement and rest may have something to do with a person’s activity patterns and not the age itself.

To reinforce this revelation, another study in mice was conducted. The mice were provided with running wheels where the younger mice consistently exercised a lot but with periods of rest in between. The older mice weren’t as consistent in their exercise patterns compared to the younger ones. Surprisingly, when the running wheels were removed, the younger mice’s activity became random and their movement patterns were the same as that of the older mice.

This made experts believe that exercise promotes different biochemicals to be released in the body and brain, which also affects the mechanisms of the internal clock and the circadian rhythms. Thus, the body has a better judgment as to the time of exercise that is most effective for it as well as the rest it requires. 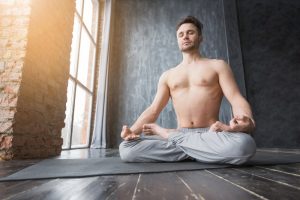 If this is how the body and the circadian rhythm work, your next question would be, what is the best time of day wherein the body can respond more effectively to exercise? Given the work schedule you have, your best answer would be, it’s the time that fits well with your busy schedule. It could either be in the morning before work, at midday during lunch break or at the end of the day after work.

Of course, you want the most effective result for your efforts and would like to exercise at the time when your body can function at its peak. But this isn’t always the case because you have priorities that matter a lot not only for you but for others as well.

The best thing you can do is not to get stuck on the “right” exercise time. Instead, put more focus on exercising regularly because that will surely give you amazing results. But if you feel your schedule is flexible, then you may have the opportunity of exercising in the afternoon, which the experts say is the best considering your circadian rhythm.

1. Studies show afternoon is the best time for workouts

This finding came after scientists tried to find out the effects of exercising at various times of day to the circadian rhythm. Their subjects consisted of two groups. The first group was composed of healthy mice and the second group had intentionally impaired circadian rhythms.

Protein chemicals send signals to our brains to regulate the body’s cycles of light and darkness, which equates to nighttime and daytime. Hence, the mice whose circadian rhythms were impaired didn’t have internal clock proteins to help them give direction when to get active or to get some rest.

However, the researchers were incredibly baffled when, after several weeks of exercise, the mice’s internal clocks became sturdier compared to their sedentary counterparts. And those who yield the best results are those who exercise in the afternoon. Their bodies produced more clock proteins than those who ran in the morning.

On the other hand, those mice who ran at the time equivalent to the human time of 11 PM showed disrupted circadian rhythms and poor sleep quality. The most important thing is, all the mice showed getting benefits from their exercise routines. The difference lies only in the times of day that they exercise with the late-night exercisers showing the least benefit.

2. The body temperature is warmer in the afternoon

Compared to the time you wake up, your body is much warmer in the afternoon. With this, your muscles can perform better and are 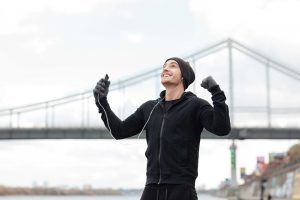 less likely to get injured.

3. You will stay energetic until late in the afternoon

Your body tends to suffer from that end of the day slump after work. But if you manage to exercise at midday, your energy levels will keep you up even until late in the afternoon and will make you more energetic during evening parties or dinner. Even as simple as a quick walk will help you perk up.

Compared to other times of day, your body is able to burn more calories in the late afternoon according to studies.

With this knowledge, does this mean everybody should ditch morning or nighttime workouts? The researchers say if your goal is to sleep well and avoid physical illness associated with disruptions of the circadian rhythm, then the nighttime exercise would not be a good idea.

But then again, numerous studies also proved that individuals who exercise at nighttime didn’t find any sleep problems and other issues regarding their workouts. They pointed out that they slept better after working out than when not exercising at all.

Morning exercises are also said to offer benefits like an increased physical activity for the day and weight gain prevention due to exercising on an empty stomach.

The bottom line is, it’s all up to you to determine what works best for you. If you have more time, you can try exercising at different times of day to see which time your body responds well. All in all, exercise brings enormous benefits. As long as you exercise regularly, you’re well on your way to fitness and health.

10 Foods to Eat for Diabetes Control